Now, you only have to look at me fleetingly or spend more than 1/2 a second with me to realise that I am not the sportiest soul on earth. In fact, I generally hate most sports. I quite like ski-ing but it’s not like you can do it every day. I like walking but really only when the weather’s nice, there are no hills and there’s a nice cafe at the end in which to undo all the good I’ve just done. I did a bit of kayaking at Uni and quite liked that but I was too scared of drowning to pursue it. I enjoyed badminton for a while but a nasty man called Bob was horrible to me so I stopped going and I could never go back after I acquired a gardener from the badminton club and she sacked me. Yes, I was sacked by someone I was paying. It’s like those children who sack their parents… Not that I would do that as Mr and Mrs E provide too much comedy to forsake them.

Anyway, where was I going with this? Oh yes, I remember now, hatred of sports. I previously mentioned Mr Williams from junior school. I never bonded with him as I preferred advanced calculus to sports and that’s saying something. Then there was Mrs Bowen at secondary school who laughed when I signed up for the school ski trip. So, it’s safe to say that I don’t like sports. I wish I did. Wouldn’t it be great to flounce round a tennis court, onlookers admiring my back hand, not a bead of sweat on my forehead and making it look so terribly easy? And imagine surfing? Oh to have the bikini body of one of those dudes. But, time has passed me by and never having got “into” a regular sport is definitely something I’ve put on my list of things I won’t repeat next time around. It is so much harder as an adult to take up a new activity and you can almost hear people spouting forth on the topic, in hushed conspiratorial tones. “Have you heard? She’s into sailing now but it won’t last long”.

And so it was that last year I found myself on a charity trek in Vietnam to raise money to improve water sanitation in rural communities in the far north of the country. I took it on as a challenge. I wanted to do something focussed outside my work and it was with a charity I’d supported for a while which meant I was also able to meet my sponsored child, a privilege I will never forget. The trek was 50 kms over 4 days. It was tough – very tough. I did as much training as I could fit in around my work, my plantar fasciitis and my sprained ankle but nothing could have prepared me for the wet weather conditions, humidity, leeches and heat. The first few days were spent travelling with the group and guides to the trek location and visiting some charity projects in the region. The New Zealand-based and head local guides that were with us were experienced, professional and extremely supportive. The more novice Vietnamese guide was a young man who was a real hoot but quite naive. We were chatting one evening and he said to me, “do you actually do any regular exercise?” A bit taken aback, I defensively said, “well I do some walking and I’ve been practising”. Imagine my retort when he responded with “I shall get you a motorbike”. So, I set off even more determined. I would show him. Yes, I was slower than everyone. I lost the treads of my boots after 4km and despite increasingly desperate measures to tape them back on they were finally removed when they became tripping hazards and so I walked the remaining 46km with smooth-soled boots, slipping and sliding on the mud and in the rice fields. But, I did it, and I raised more money for the charity than any other person. I was proud of myself. Incidentally, the last day’s walk ended up at a rural cafe. I asked the staff if I could leave my boots in their bin. “Just leave them outside” was the response. I duly put them on the front doorstep and when I checked again a few minutes later, they had vanished.

And so it is that I find myself signed up to a cycling trek when I have never really cycled. My nearest and dearest appear to think this is a great idea. The deeply cynical side of me thinks they can’t wait to hear about H’s latest disasters but really I know that they are genuinely supportive of this newest ridiculous escapade. Then there are the many people who have proferred the idea of using an e-bike. I doubt very much such a thing exists in rural Sri Lanka but even if it did, I wouldn’t use one. The whole point is to be challenged and out of one’s comfort zone. If it was something I did every day then it wouldn’t be fun. But then there is the next level of supposedly useful advice. “You will have to train you know”, “It’s going to be hard” and “It’s a long way” are my favourite quotes from these doom mongerers, some of whom have appeared genuinely concerned. Others have fallen about laughing with an evil look upon their faces. The obvious response would be “no shit Sherlock” but I’ve been surprisingly restrained, probably because at this point even I can’t imagine completing all 468km without resorting to the support vehicle. But, as with the young Vietnamese guide, I will show them. And no, no motorbike will be necessary thank you very much. 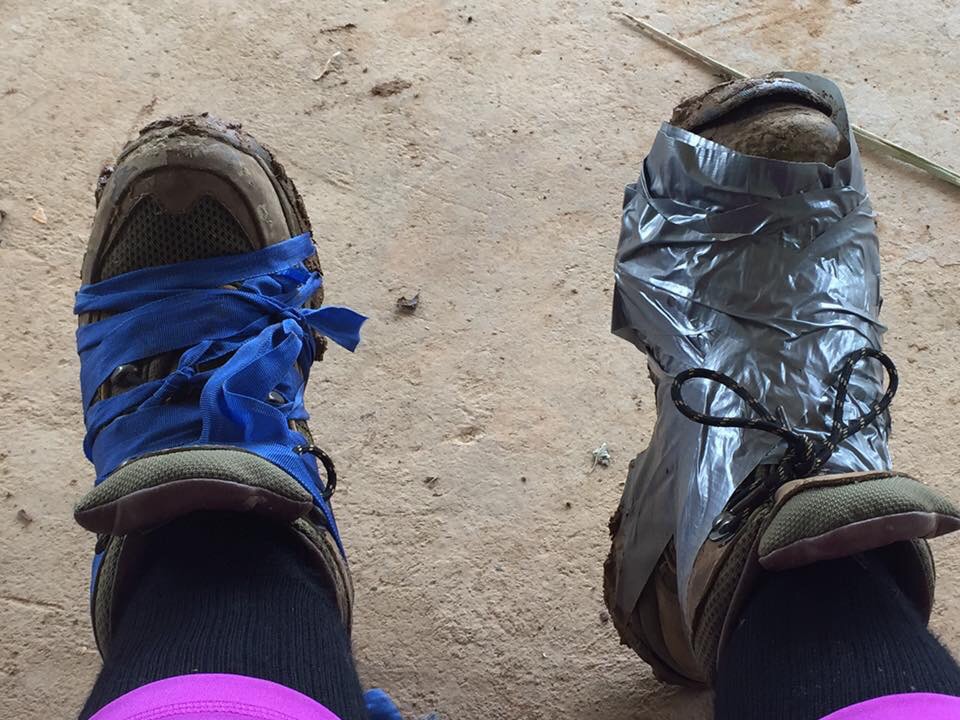